Getting back into it

November 16, 2009
I know, I know I have been remiss in posting.  First off Ireland & Northern Ireland were amazing - even with the emergency room visit and being sick for 4 days after.  We have to go back because I did not get to see even half of what I wanted to. 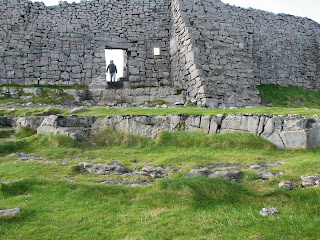 fort on Aran islands built in 200 bc 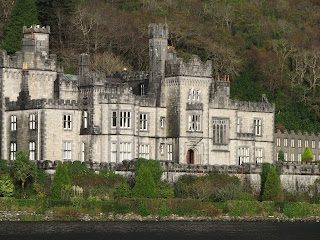 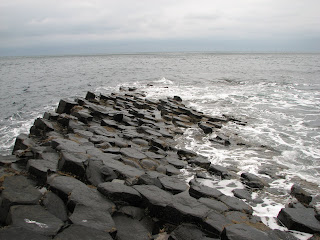 Giant's Causeway  - one of the 7 natural wonders of the world. STUNNING

The day after the marathon we caught the bus to Belfast to spend a few days with Joe's family and do some sightseeing in Belfast.  The first night we got there his parents had arranged for a family gathering/party as his brother Jim and his family were over from London, it was Jim's 40th a week prior, and to celebrate Joe and the rest of us being there.  It was a typical Smyth gathering with many, many, many people there - June and Pam fit right in, it was going well and then all of the sudden I did not feel so good and starting get sick - this went on all night and I kept it pretty much to myself so as not to wreck the party.  The next morning I woke up not feeling any better and just wanting to stay in bed but the girls and Joe were looking at me and I felt bad so I thought it was a probably a wee bit of food poisoning and I would be fine.  This was not the case and by the end of the bus tour it was decided the girls would go to the pub(s) and I was going to emergency (BOOOO).  The end result was I had an intestinal virus and could not eat for 4 days.

Finally in Sligo I got so hungry I was like I have to eat and had some Thai Hot & Sour soup with Lemon Grass - BIG MISTAKE - they almost made me go to emergency again but I refused.  The good thing is I think the Lemon grass must have acted like a cleanse because the next morning I woke and felt hungry, was able to eat, keep it down and not have any cramping.  That night we hit the pub HARD (LOL) - I was back. 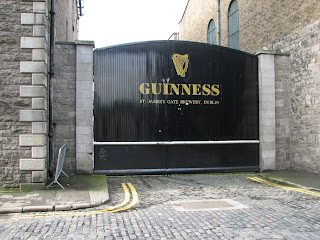 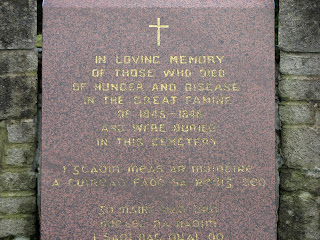 If you have not been to Ireland you have to go - it is stunning and the history is incredible - the people are beautiful and well - as you can tell - I am totally in love with it - despite the fact of my Irish heritage.  The only disapointment to the trip was that I only got to spend 5 minutes - literally - in Armagh - where my grandmother is from.  It was very emotional for me to be there and upsetting that I could not spend more time - the next time we go I plan on spending a couple days there investigating and going to my family's grave site - I don't think Joe or the others realized how important it was to me.  In their defense I did not push it - next time I will. 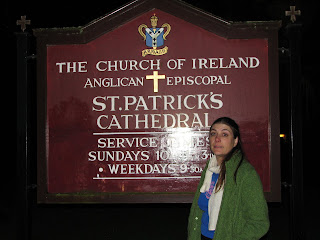 We got back home a week ago and I am still trying to sort myself out.  I have just started leading another half marathon clinic - goal race Fort Langley Historic Half in February, I have gotten a couple of rides on the bike in but have not been able to get organized enough to get to the pool.  Feeling a little guilty about it - need to rectify that.  Got all my hair cut off and donated it to the Cancer Agency so they can make a wig with it.  Oh and I am finally going for the MRI on my hip/leg - my lawyer was able to get me an appointment at a private clinic so hopefully this will shed more light on to what I can do to continue to rehab.

hope you enjoyed some of the pictures. Joe and I took close to 900.  I should go and finish my curriculum for the clinic.